The Tale of a Grail (and a Black Friday Sale)

I’m not sure where/when I first saw a photo of the Scribo Piuma in Lieve-Grigio (blue-grey), but I was immediately captivated by the shape and the colour, a shade I’ve never seen in a solid-coloured pen before. I read a bit about it, drooled a bit, but figured I’d never own one because of the price. It stayed in the back of my mind, and every time I came across it I drooled a bit more. Then Pen Chalet had some at a great sale price…..and I still didn’t think I could afford it, and really what was I going to do with a pen that cost that much? I’d be scared to use it!

However not long after that a switch flipped or a synapse went AWOL or something and I suddenly Could. Not. Live. Without. This. Pen. I started selling off other pens and scraping up cash in the finest traditions of a grail pen quest, desperately trying to locate the colour and nib I wanted at an online retailer. I found one. I placed an order with a European store and paid. The next day I got an email saying “Oh sorry, we don’t have that after all and can’t possibly get it.” Swearing ensued. I located another one, in the USA, and made frantic phone calls to the bank, trying to speed up the refund to my credit card, terrified the LAST REMAINING ONE ONLINE ON THE FACE OF THE PLANET would sell before I could order it.

Reader, I GOT IT. I had to pay a small fortune (in my eyes) because the exchange rate was less favourable and FedEx from the US costs a bomb. It shipped. I refreshed the tracking every 15 minutes and looked at pictures and watched reviews.

Several obsessive lifetimes later, IT ARRIVED. It was beautiful and everything I hoped for, albeit rather wetter and broader than I expected for a medium nib. But the 14k flex nib was bouncy and super responsive. I did notice though that it….kept running dry? So I switched out the Scribo-branded converter for a generic international one, and that seemed to fix things.

I’m not going to identify said shop. They took several days to respond to my distressed email. I’m 100% certain they get a lot of emails with a lot of queries and problems and this was all just a normal day for them. But for me it was the most expensive pen I’d ever bought and I was freaking out and every second that I didn’t hear back from them was agony. We had a long weekend here in NZ and I couldn’t enjoy it because I was so stressed and worried about whether I’d bought an enormous waste of $.

FINALLY I heard back from them and they contacted Scribo for me…about the broken section only. My concerns about the converter issue and extreme wetness of the nib were unfortunately not passed on. But I was informed that Scribo would replace the broken part for me. HURRAH!

At this point I was somewhat surprised (and pleased) to be contacted directly by Luca from Scribo, who assured me that the new section would be sent by FedEx and was “re-engineered” so that the same issue could not happen again. HURRAH! (Again.)

The replacement part took quite a number of days to arrive; it seems that even FedEx have reached the point of backlog now in the disaster that is international mail. But it came with a handwritten note of apology and advice about how best to fit the nib into the new section. It is a perfect match in terms of colour and fit, and now….the pen is perfect. It’s the most expensive pen I own and it travels to work with me every day and I use it all day, every day. I’m not sure I’ve even used another fountain pen since.

A review will follow very soon. But for now…you may have noticed the Black Friday sales last week. It was also my birthday. I got $. I tried to tell myself I should save it. But the way things are these days it feels like the world could end anytime, and what’s the good of money when you’re dead?

I ordered another one. 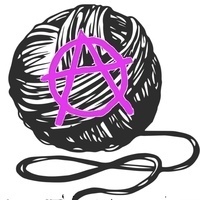